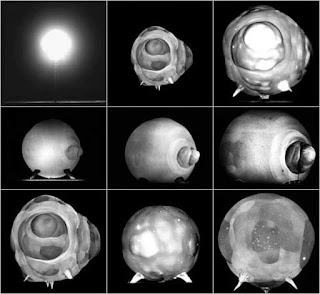 … and built again, the walls rebuilt, reframed as a house of a brutal hush, the silence of the held breath and the hand across the mouth … a house silenced , not quiet. these are the sounds some It means I thought I was one thing Turns out I was another I was two mirrors Reflecting a third Described by a fourth Seen by none 56. "All these fucking cocks and cunts," she said. "These fucking assholes. I wish they'd just go the fuck away." "Well, I guess those are the three major food groups. So where do you want to shop instead? Jupiter? Most places are still closed or just doing delivery." "Can't we just go away? (and fuck) I just want to go the fuck away." I waited; as I did an email came in. It seemed more symptoms had been added to the list of fuckery. Now apparently it had  recoded to such an extent it was cloaking itself,   essentially, as human anxiety itself, or humans. Which meant, al
Post a Comment
Read more